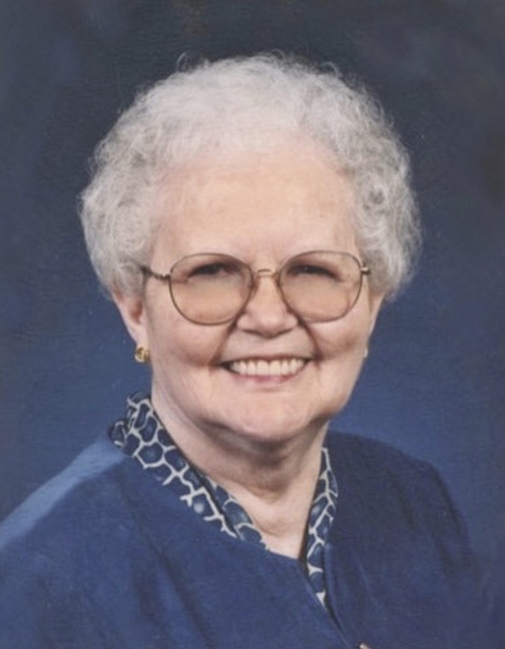 Wilma J. Gerard, age 90, departed to be with the Lord on November 21, 2022, after a brief illness.
Wilma lived her entire life in Anderson, Indiana, where she met and married her husband Kenny on Christmas Day, 1951. They were married for 65 years when Kenny passed away in 2017.
Wilma was a member of the Fifth Street United Methodist Church. She was a dedicated Christian servant, teaching Sunday school, working with Weekday Religion Education, and serving with United Methodist Women and Church Women United.
Wilma worked for over 20 years for Anderson Community Schools in the school cafeteria. She also decorated cakes, creating wonderful keepsakes for friends and loved ones for weddings, anniversaries, and birthdays.
Wilma’s smile and tenderness touched everyone she met. She was driven by having a purpose in her life always. When she wasn’t tending to her family, she enjoyed crocheting, working on Sudoku, and playing Words with Friends on her iPad. She kept in touch with her Facebook friends.
Wilma was the loving mother and friend to six children, John (Carol) Gerard, Bruce (Carol) Gerard, Cathy (Perry) Jones, Dawn (Jeff) Wright, Scott Gerard, and Kyle (Wendy) Gerard.
In addition to her children, Wilma is survived by her sister, Barbara McGuire of Anderson; along with 11 grandchildren; five step-grandchildren; 23 great-grandchildren; and four great-great-grandchildren.
She also leaves behind her sisters-in-law, Martha Mitchell, Corky Leffel, and Freida Silvers Leffel, all of Anderson; and a brother-in-law, Harold Royer of Chambersburg, Pennsylvania.
Wilma was preceded in death by her parents, Catherine Leffel and Millard Leffel Sr.; and also by four sisters and four brothers.
A memorial service will be held at 4 pm on Saturday, November 26 at the Brown-Butz-Diedring Funeral Service and Crematorium, 515 E. 53rd St., Anderson, with Pastor Daryl Gilbert officiating.
The family requests that, in lieu of flowers, memorial contributions be made to Fifth Street United Methodist Church, 1124 W. Fifth St., Anderson, IN 46016.
You can post your condolences online at www.brownbutzdiedring.com.

Send flowers: When is the deadline to order?

ANY DAY OF THE WEEK

Order anytime up to the day before

TUE-SAT
Order before 3:00 pm
The day before

Note: These are general guidelines; Some florists may not be able to operate within these time frames. During peak periods, such as Valentine’s Day, Memorial Day, and most holidays, florists cannot always keep up with demand. Tribute will contact you if there are any issues.