The aroma of freshly baked cakes, tarts, muffins and pastries fills the air and lingers for anyone passing through the A block of Connaught Place. Today, this central hub of the city is packed with several newer sweet shops and bakeries, but Wenger’s old world charm continues to attract customers from different parts of Delhi and foreign visitors as well. Since its establishment in 1926, there has never been a day or a time when this bakery did not have a large number of customers.

Oh yes, you read that right. Wenger’s heritage dates back to the pre-independence era, when a Swiss couple named Wenger laid the foundation for one of the city’s most iconic bakeries. Once one of the oldest tearooms in the capital, Sir Robert Tor Russell’s British architecture still finds resonance in the current structure. Although the bakery existed even before the plan for Connaught Place was decided, it was after the transfer of the business to the Tandons in 1945 that Wenger’s became ours. Preserving the good quality and variety of the baked goods, as well as the essence of the confectionery, Mr. Aman Tandon, fifth generation entrepreneur of this family business, says: “A family business thrives if quality is maintained. It only requires pure effort and close personal supervision to maintain the legacy of the past and its reputation”. 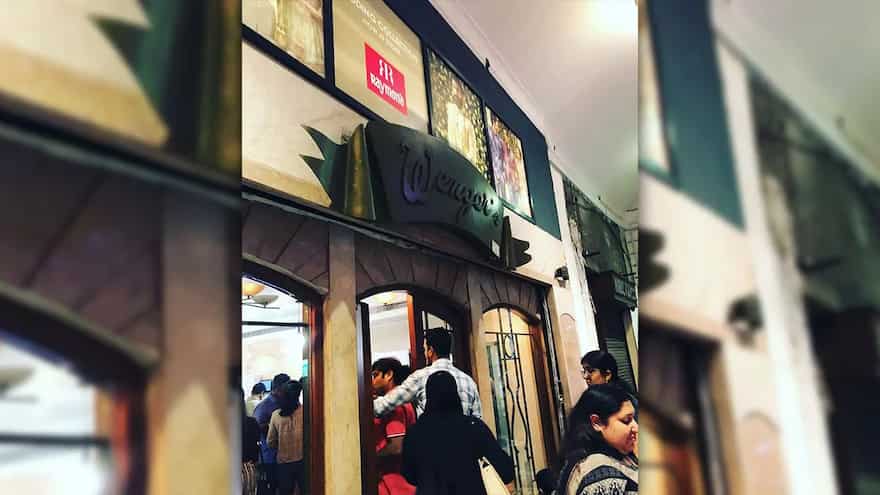 When asked about the specialty in the old days, he comments, “Buttercream pies were very popular back then, and the three most popular flavors were vanilla, strawberry, and chocolate.” Apart from this, plum pies, chicken sandwiches and muffins are some of the menu items that have been popular with customers since the British days.

What was once a ballroom dance hall and expat dining spot was transformed into Wenger’s, a densely populated confectionery that delighted children and adults alike. The fact that people from all over the country travel to try this British-style bakery is no mistake. Ms Navita Sharma, who runs a home kitchen in Jalandhar, says: “Born and raised in Delhi, my childhood memories include going to Wenger’s during Christmas and making shami kebabs and chicken burgers for everyone in house. Ever since I got married and moved to Jalandhar, I have kept craving these morsels again and again.” And that has also been the reason for his frequent visits to the capital. To keep up with the latest trends and competition in the market, Mr. Tandon believes that the introduction of “products such as red velvet pastries, baguette pizzas, macrons, sourdough bread, jalapeno cheese bread, four grains, ciabatta, etc..” it has helped them stay relevant despite the new players. This also reminded us of a fancy eatery that opened a few years ago next to the bakery, called Wenger’s Deli. The idea behind this new setup was to give customers a diverse experience away from the rush of people coming in and out of the store. What’s different at the deli, you ask? “Salads, paninis, pastas, shakes and smoothies are available at Wenger’s Deli,” says Mr. Tandon, adding to Wenger’s already extensive menu and giving you another reason to visit and indulge your hearts, minds, stomachs and souls with its delicious delicacy.