Kate Murphy, one of the owners, is in the back of the shop frosting donuts and decorating them with multicolored sprinkles. “This is one of the most popular donuts here; everyone loves sprinkles.”

Murphy says the shop has been open since 2019 on this busy corner of Glebe Road. “My husband and I owned a donut shop in a small town of 5,000 in New Hampshire. It was more like a restaurant.” He then says that his sister came back from the army and landed here. She said that he needed family nearby, so they looked for a place in the local area to open a donut shop. It took a couple of years to find the right place.

Murphy says it’s different because people in New Hampshire had cars and were driving everywhere to get their donuts. But here in Arlington it’s mostly foot traffic from all the high rise buildings in the Ballston area and because of the parking problem. “In New Hampshire we used to have old-fashioned donuts, but times have changed what people expect from a donut. When we first moved here people would ask ‘where is all the stuff’ so we added other things like the seasonal apple cider spiced cider cake donut.” She says next month it will be gingerbread.

Murphy, her husband, her brother Charles Kachadoorian (who she says is the mastermind of the operation), his wife Melissa, and a friend, Tim Terry, pooled their savings together to open the donut shop. “Everyone else has a side job, but I do this full time.” She says business has been growing and they’ll be opening another location in the Amazon building soon. Murphy says they have a full-scale bakery under construction to finance the second location.

Despite all the choices, the computer clerk says his favorite donut is the classic honey sauce donut. “We sell twice as much as anything else.” 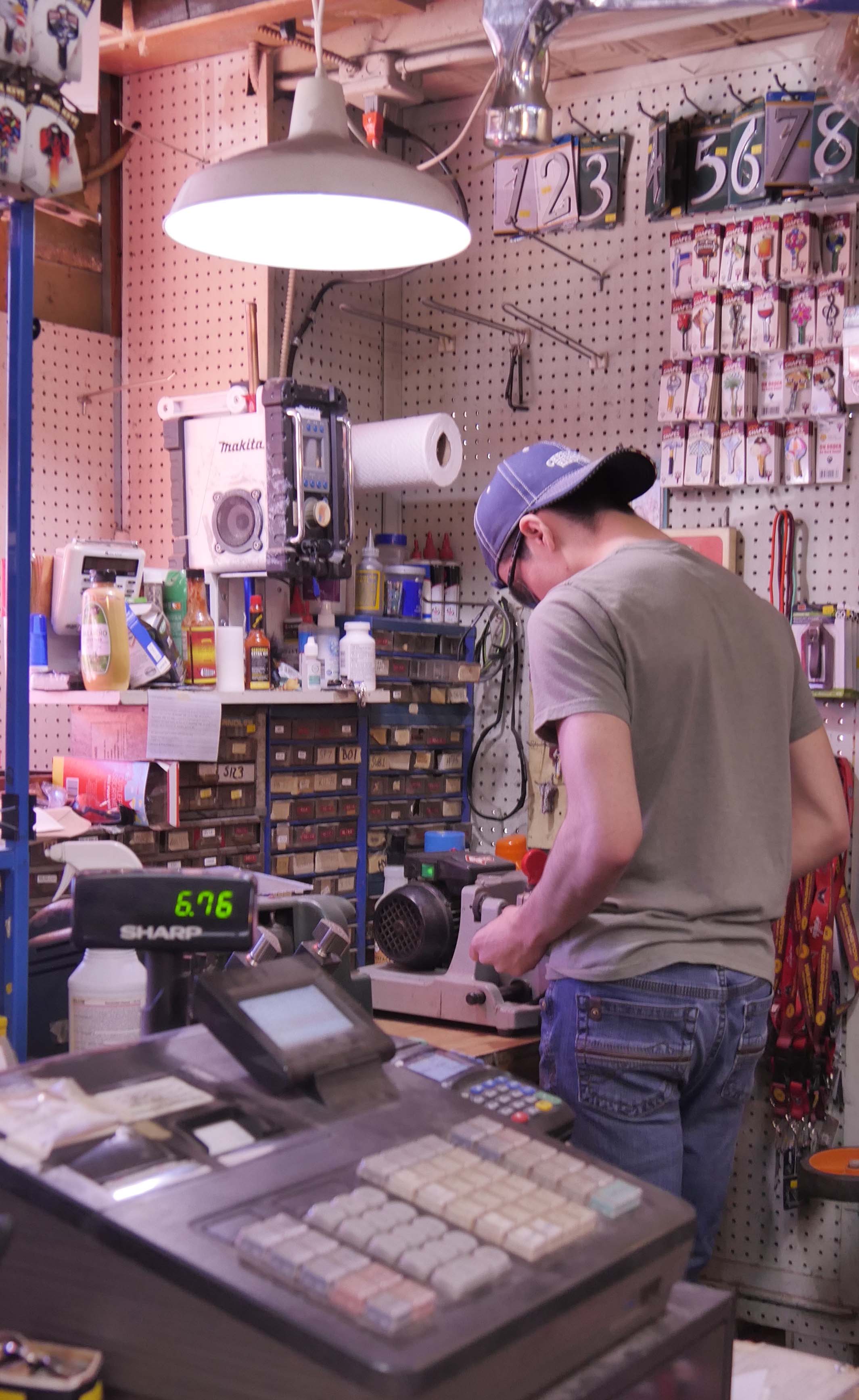 Cherrydale Hardware, a local favorite since 1938, has just opened its annual Christmas store. Jacob Pruiksma, Cherrydale’s general manager, stands behind the counter as customers walk by. He says: “We open the Christmas store on Black Friday every year. Customers are buying a lot of cables and lights.”

Alex Dobyan and his mother stand by the counter and ask for the highest ladder that Cherrydale Hardware sells. They’re putting up Christmas lights where they live down the street. “My wife is at home putting up Christmas lights right now,” says Dogyan. His mother suggests that she has been known to climb the ladder herself. She adds, “We buy everything here: dishwashing stuff, cleaning stuff.”

Charles Ricci is returning an item today, but says he’s been coming here since 1987 when he moved here. “I come here when I’m doing projects or if something breaks. They always have. Local residents cannot do without them.”

Greg Lanzoni is from Berkshire Massachusetts, but is very familiar with Cherrydale Hardware. “My son lives in the area. I come here for the service as well as what I buy. They know where everything is and don’t make you feel like you can’t ask a question. This is like a general store in New England.” And he says that he can buy screws of different sizes, put them in the same bag and weigh them. “I can find things here that I can’t find in a regular store, like duct tape or sheet rock screws by number.

Rick’s Tattoos on Langston Street is the oldest tattoo shop in Virginia. Head upstairs and through the hallway lined with sketches of flowers, dragons, cartoons, fantasies and up to the reception where the General Manager will explore what kind of tattoo you have in mind.

Amy Jones has several tattoos of her own: spiders, roses, hearts, a DC flag, everything. She says it’s her self-expression. “I started with tattoos because it hurt inside and I needed to hurt outside. That helped.”

Three of his seven tattoo designers sit along the wall sketching out ideas. First they draw the design, get the client’s approval, and then seat the client in what looks like a dentist’s chair where a tattoo can take anywhere from five minutes for a simple letter to five hours or more.

Brick, one of the designers, just produced a “The World Is Yours” design from the movie Scarface for someone’s leg. “They wanted to fill a space. They trust me to find something they like. They come all the time.” He explains that a person may have a design in mind that doesn’t translate to paper or skin.

Jones explains that a tattoo artist must have an apprenticeship, but in reality it takes forever. “It takes between 10 and 15 years to master it. You are lucky to become so good.” Brick says: “You dedicate your life. We are all artists doing other things. The receptionist makes digital art online and I paint toy soldiers. I’ve been doing that since I was a kid. It’s gotten more complicated since I try to make them historically accurate.” He says it’s another way to express your art.

Jones says they tattoo people of all ages over 18. “There is nothing in common in what they request. Sometimes it’s something they’ve seen online. There are so many reasons to get a tattoo. Some want to look good. They are much more popular with the advent of television shows.” Jones estimates they have about 15 clients a week. Brick says that every new tattoo he gets is his favorite.

As for the more unusual tattoo, “Where do you start? Every day something new comes to us.” One of the more unusual tattoos they remember is a woman who recently came every day for 2-3 weeks until she had her entire face tattooed. Another was “an 87-year-old man who wanted to get a rainbow and leprechaun tattooed on his butt.”

Rick’s will soon be moving to a larger ground floor location nearby with plenty of parking. But Jones says: “We’re not going anywhere. Being a tattoo artist takes a lifetime.” 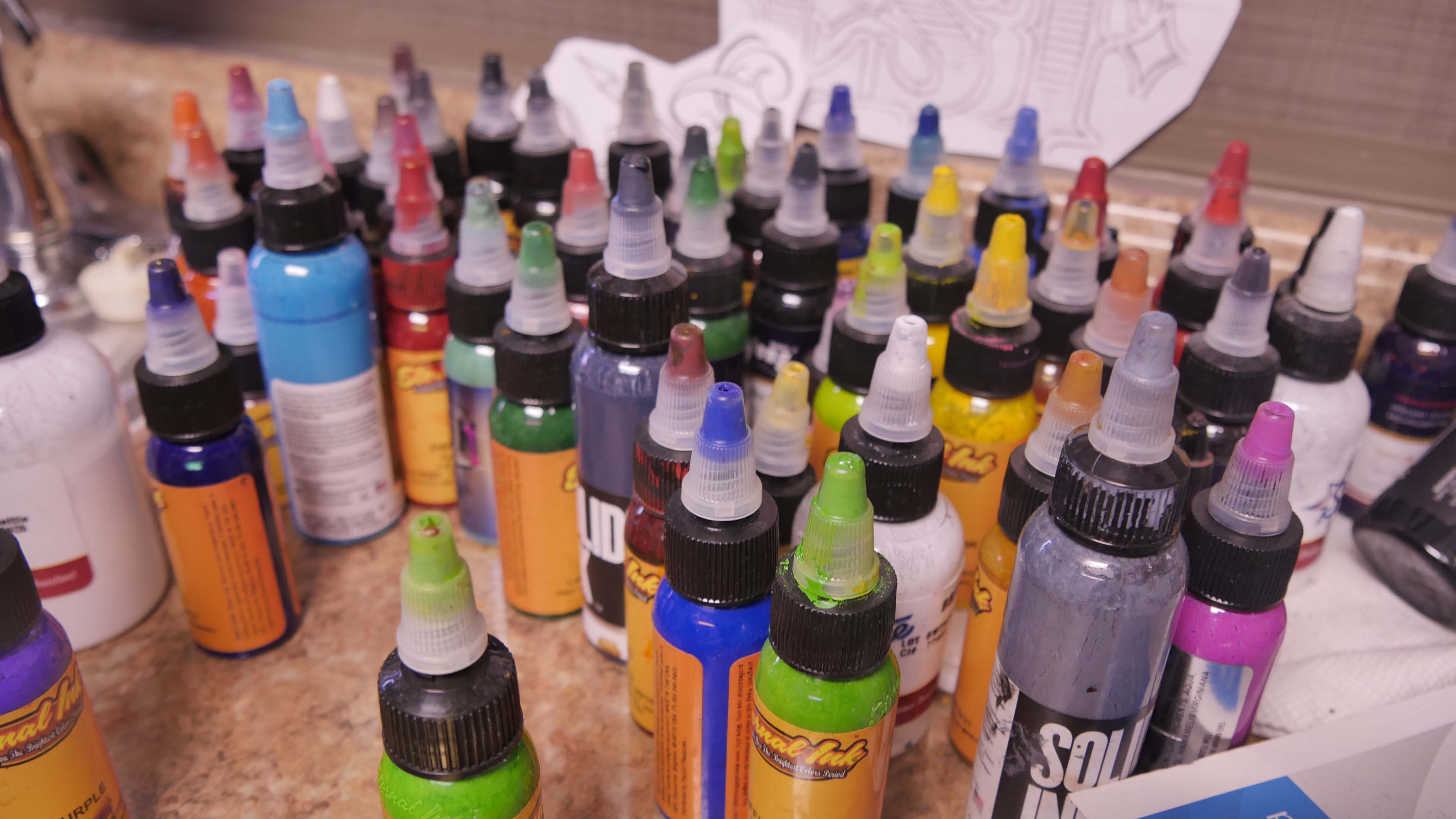 Arlington Kabob, located at 5046 Langston Blvd, offers a variety of beef, chicken and lamb skewers, all served with rice, a side of vegetables and a tandoori clay baked naan. Or eat your lamb on a gyro or shawarma.

The kebab skewers are grilled for about 50 minutes while the fresh dough is baked on the side of a nearby tandoor oven. Chef Ali prepares a takeout family combo plate with brown and white rice balls, naan, and a combination of kabobs and kofta. A catered corporate lunch menu is also available.

Susan Clemente, who opened the restaurant in 2013, said she retired here in Arlington and is taking care of the neighborhood. “I cook myself with fresh ingredients in small batches—onion, garlic and meat, cinnamon, rosemary—simple food, very light and good for the body. People work all day and want to buy something healthy.”

Clemente says that he came here from England and that he liked the United States, so he stayed here. His parents were Turkish and Afghan, so he grew up eating a lot of simple but tasty Mediterranean food. He had been in the restaurant business for 30 years and then took a break when his daughter went off to college in California. He is now back and comments that Lee Highway and Wilson Boulevard have changed drastically since the 80’s with all the skyscrapers and thousands of great places to eat.

She has another Afghan restaurant located in the Courthouse. Arlington Kabob survived COVID with curbside pickup and lots of neighborhood support. She says it was difficult to maintain safety protocols in the hot kitchen confined space with masks on, especially the employee working 10 hours in the 700 degree naan oven.

But he says that the location of the Palace of Justice was more difficult because he relied on workers who were not in his offices during COVID. But beyond COVID, he says what really hurt him was the rising cost of food. “All the places were raising prices, but I couldn’t get past 17 percent because people weren’t working. He has not given up. I don’t know if it will.”

Clemente says that if you are going to open a restaurant you need to be sure of yourself and work from person to person. Don’t put anyone else in charge. “You have to go in yourself and make sure things are fresh. At home, people hung out at the restaurant; they would meet. These things are very important. Arlington is a tight-knit community. It’s that kind of place. 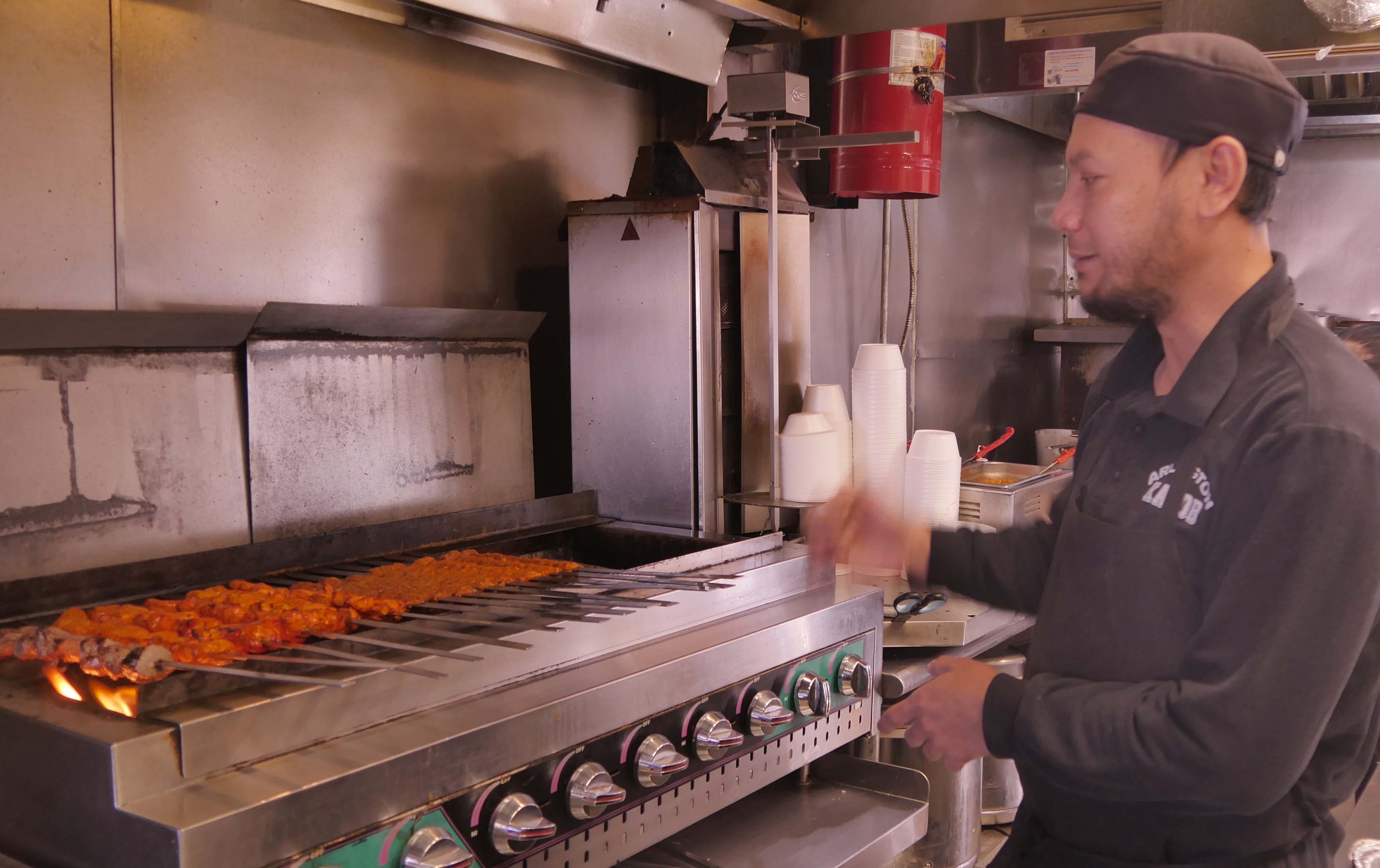