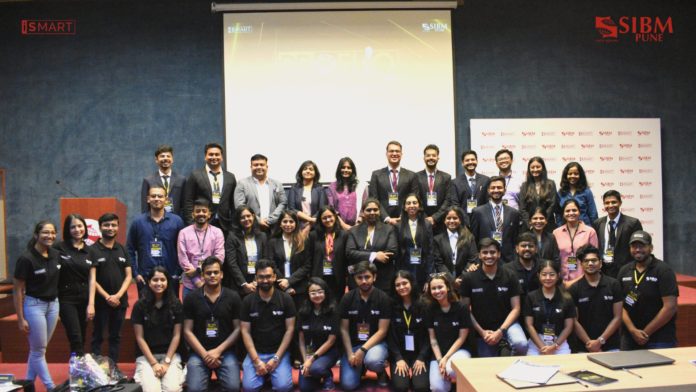 With an increasing focus on the correlation between public relations and the public perception of reality, the theme of PRoelio 8.0 centered around ‘Pride’. Prejudice. Paparazzi.’ The case centered on a fictitious production house, Miranda Studios, and a subsequent conflict between the two co-founders Aftaab Ahmad and Gaurav ‘Shylock’ Sarkar regarding a departure from traditional beliefs and an attempt to commercialize their company. This ultimately turned into a major PR crisis for Miranda Studios and NetFilms, an OTT platform acquired by Miranda Studios.

Packed with engaging infographics, detailed KPI analysis, and short press releases, the presentations wowed the judging panel as participants struck the perfect balance between creativity and analysis. After hours of soul-searching and harrowing judging, the judging panel zeroed in on the top 6 teams to present their proposed solutions to the esteemed panel of judges at the National Finals, held on SIBM’s lush Lavale Hilltop campus. Pune, aptly titled ‘Hilltop Heaven’ on November 18, 2022.

The PRoelio 8.0 National Finals lived up to the pomp, grandeur and insightful brilliance that has come to characterize PRoelio over the years. As the 6 teams battled tooth and nail with insightful solutions and unrealistic presentations, they only exemplified the critical, analytical mindset and problem-solving skills of tomorrow’s leaders.

The highlight of the National Finals was an exciting mock press conference, in which a panel of 6 local journalists, led by a senior journalist, bombarded the teams with quick questions about their proposed PR and media strategies. The teams were approached by the judges, who asked questions about the feasibility of their solutions and proposed extensions and provided valuable feedback for improvement.

After tantalizingly close margins between the teams, the Arnab Goswami team of SIBM Pune’s Kshitiz Agarwal, Archit Gupta and Abhishek Jha was crowned the PRoelio 8.0 National Winner, as the audience and fellow finalists applauded in unison.

The Sterling team from the Symbiosis Institute of Media and Communication in Pune, consisting of Ashly Ann, Aashay Lalwani and Aadri Vishal, emerged as national runners-up, with a unique presentation, replete with elements of press releases. To put the icing on the cake, Gurbani Kaur Bhasin was crowned the Best Journalist of the event.

The event left an indelible mark on all involved and saw smiling faces and intrigued minds at the end of the day as PRoelio 8.0 once again rose to the occasion and set the gold standard for PR Case Competitions. Indeed, the Stuart Ewen quote was perhaps best exemplified by the event: “The history of public relations is the story of a battle over what reality is and how people will see and understand reality.”