Throughout the dynastic eras, the people living in Sandun Town made yingao (印糕), or rice cakes, for festive feasts. Some wooden cake pans have been used for centuries and have been passed down through the generations. To some extent, they are not everyday utensils, but part of a cultural heritage that continues local traditions and family ties.

Huang Shuli has collected these kinds of ancient molds for years. He recently donated all his collections to the Sandun Town government. Local departments built a Sandun Yingao Molds art gallery in an effort to preserve the nostalgia of Sandun’s past.

“I was born and raised in Sandun. My father was a carpenter and made cake molds, so I was familiar with the patterns and procedures for carving cakes,” Huang said.

“Some handmade crafts are declining over time. I hope the mold collection can help the younger generation to learn about the crafts and wisdom of our ancestors.”

Shanghai Daily visited the newly built gallery and found some highlights worth visiting. The place is divided into two sections: the history and the molds themselves.

Historically, the city of Sandun dates back to 6500 BC. C., as evidenced at the Fangshan Cultural Relics Site. The remaining archives show that the city already existed during the Warring States Period (476-221 BC) when Xunzi, a Confucian philosopher, visited the city to read books and plant orchids.

In the Tang Dynasty (AD 618-907), the general Yuchi Gong (worshipped as the god of the gate in Chinese folk religion) led troops to station here. They cut down cedars to build bridges. Therefore, Sandun Town was originally named shandan, which literally means “cedar stumps”. Over time, the name gradually changed to watermelonliterally “three stumps” in Chinese. 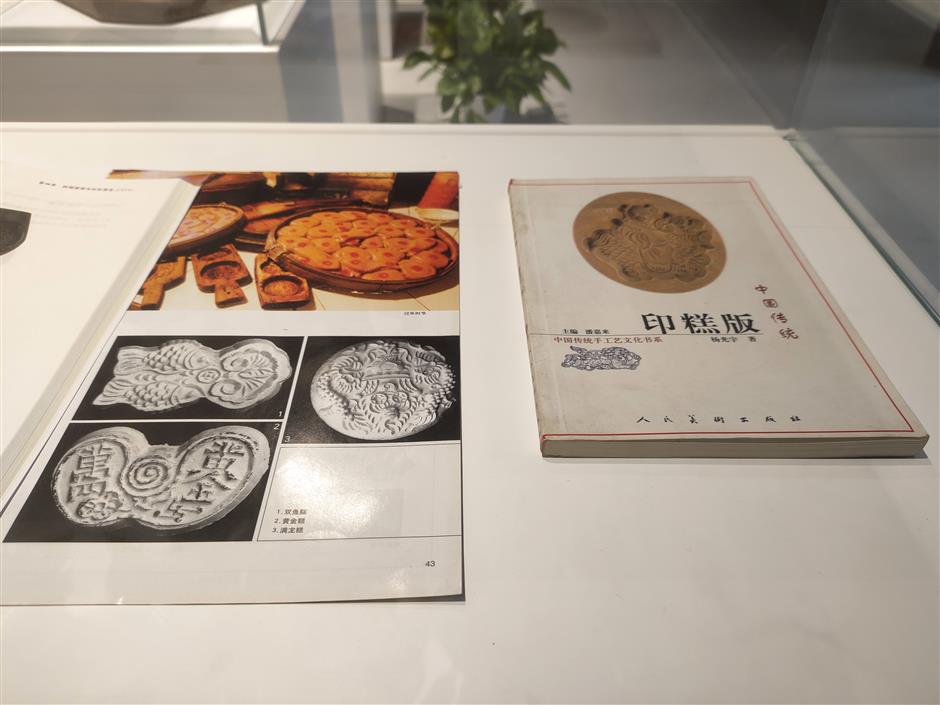 The books that recount the variations of the patterns throughout the dynastic eras show the history of yingao tradition in the city of Sandun.

Sandun became a trading center when Hangzhou became the capital of the Southern Song Dynasty (1127-1279). People came there to trade and exchange goods.

According to historical documents, Hangzhou was dotted with shops selling around 20 types of rice cakes during that period, which could be attributed to the cultural exchange between southern and northern China.

“In Sandun, mold patterns varied across different life stages,” Huang said. “And the casts I collected testify to that.”

As shown at the exhibits, some molds were engraved with pomegranate patterns, which symbolize harvest, prosperity, and prosperous offspring in Western countries.

Pomegranates spread to the East during the Tang dynasty and soon found favor. The Sandun people carved such motifs into the wooden molds for modeling rice cakes, praying for happy marriages and prosperous offspring. 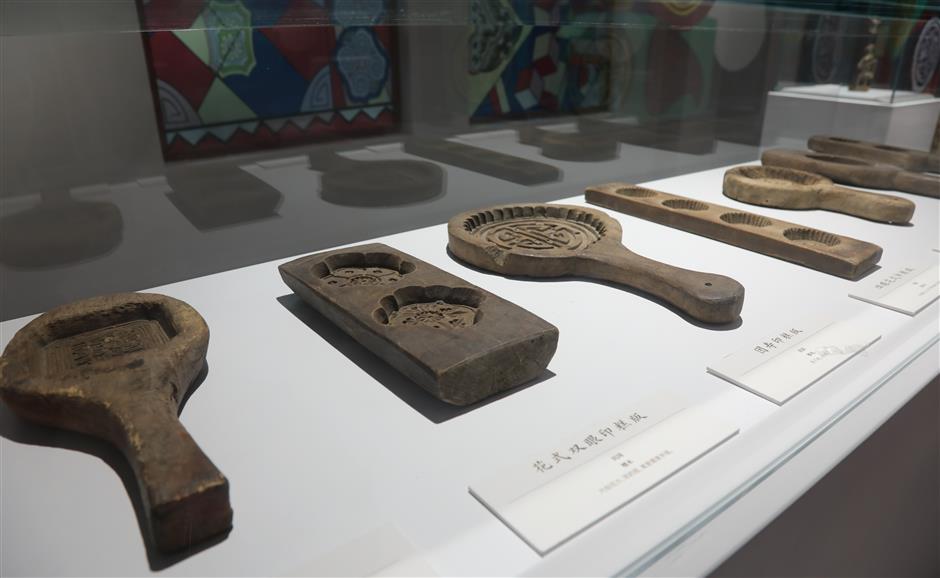 Wooden molds with various patterns are on display at the Sandun Yingao Mold Art Gallery in Sandun city.

When a baby was born, their parents would make rice cakes stamped with the characters Qilin (麒麟) and send them to family and friends to share their happiness.

In Chinese culture, people believe that it is the mythical creature Qilin that carries a baby into the family, similar to how European folklore considers the stork to be responsible for carrying babies to new parents.

If the rice cakes were made to celebrate an elderly person’s birthday, they would be patterned with Fu (福), Lu (禄), Shou (寿), and Xi (喜), which signify fortune, prosperity, longevity, and happiness, respectively, in Chinese, representing the four most popular immortals among the Chinese.

The dragon and phoenix patterns were exclusive to emperors and empresses, as they represented sovereignty. Beginning in the Republic of China (1912-1949), these patterns were gradually used on wooden cake pans with auspicious meanings.

The flowers are also commonly seen in wooden molds. One of the favorite patterns is the peony, as seen in exhibits. Known as the “king of flowers,” the peony often symbolizes honor, wealth, and aristocracy, as well as love, affection, and feminine beauty.