Both parties do not have new meetings scheduled

By Michael Chevy Castranova, – The Gazette 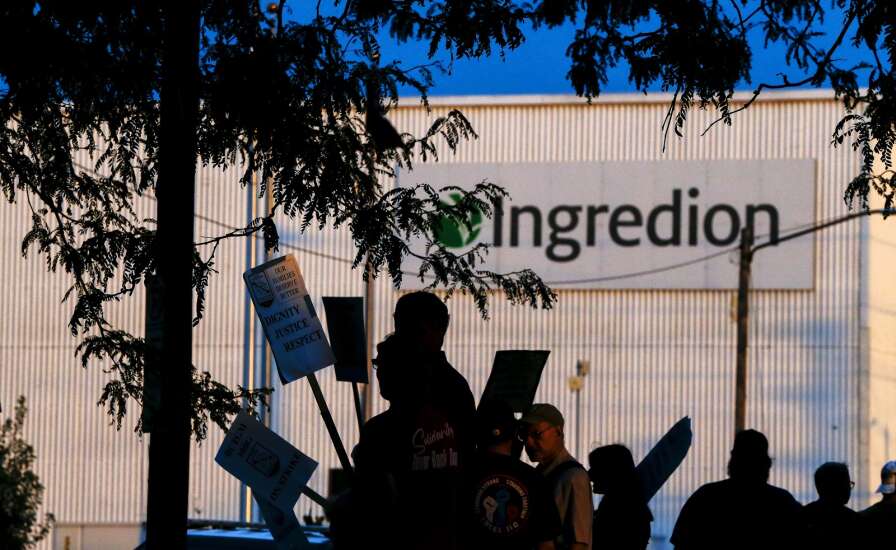 CEDAR RAPIDS — The strike by the International Union of Bakery, Confectionery, Tobacco and Grain Millers Local 100G against the Cedar Rapids facility of multinational ingredient maker Ingredion — now in its 15th week — does not seem likely to be resolved until after the Thanksgiving holiday, the local’s president said Thursday.

In the most recent face-to-face meetings between the two sides, on November 7 and 8, “both days were very productive,” Mike Moore, the venue’s director and president, told The Gazette on Thursday.

The number of items in dispute between the union and the Westchester, Ill.-based manufacturer has been reduced from 26 items to five, Moore said.

Key among the remaining issues, he said, was Ingredion’s refusal to include an amnesty clause in a proposed deal. In an amnesty clause, a standard element in collective bargaining agreements, Moore said, the company agrees not to penalize returning employees through disciplinary action or firing.

No further meetings have been scheduled.

Moore said the union remains “willing to talk” even before Thanksgiving Thursday.

“Ingredion and BCTGM have been in contact since our most recent meeting on November 8. We express our willingness to continue negotiations if doing so would remain productive and would likely result in us reaching an agreement,” Becca Hary, Ingredion’s director of corporate communications, wrote in an email to The Gazette on Thursday.

“In addition, both parties are in the process of exchanging written proposals due to the meetings. We believe that Ingredion made a significant move in several areas in response to the union’s comments.”

Hary added that “we prefer not to comment on details related to the proposal and ongoing negotiations. We look forward to continuing our discussions and moving further toward a resolution.”