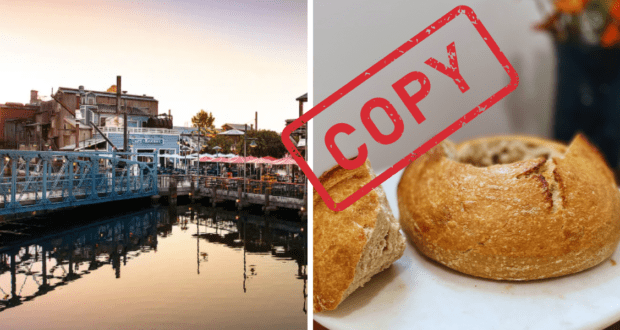 Sourdough can be seen at most Disney theme parks in different forms. This past Halloween, Disneyland unveiled a fanged Mickey head molded entirely out of sourdough. Boudin Sourdough Bakery, which originated in San Francisco, California, has a bakery inside the Disneyland Resort. The recipe seen here is for a sourdough bread bowl inspired by the one seen on the menu at Pacific Wharf Cafe at Disney California Adventure Park in Southern California.

A properly baked loaf of sourdough is a beautiful dark golden brown with a hard outer crust that cracks perfectly when sliced ​​with a bread knife. Inside the loaf should reveal a tender, aromatic and spicy bread with occasional small pockets where steam has escaped. 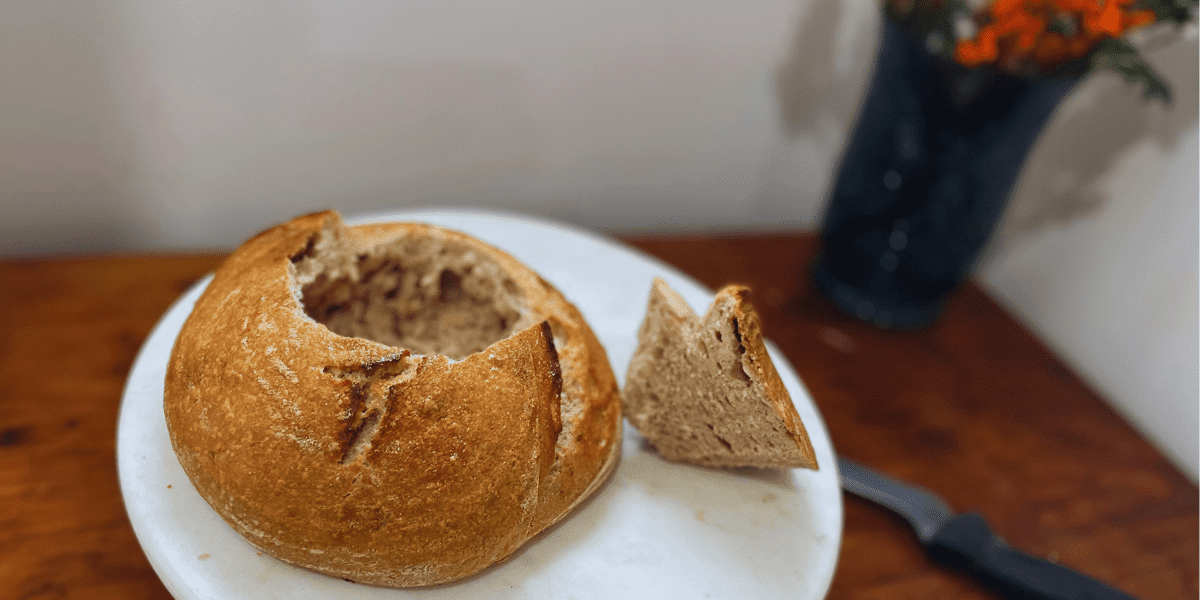 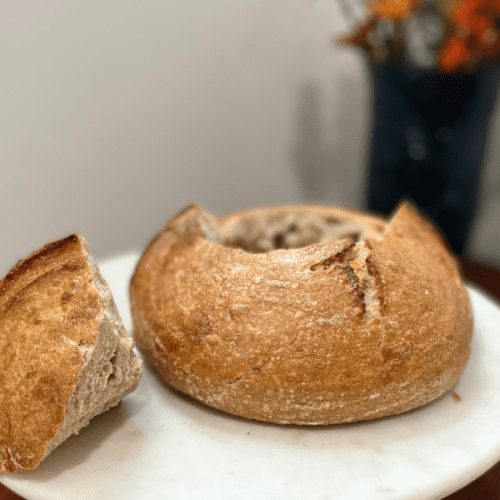 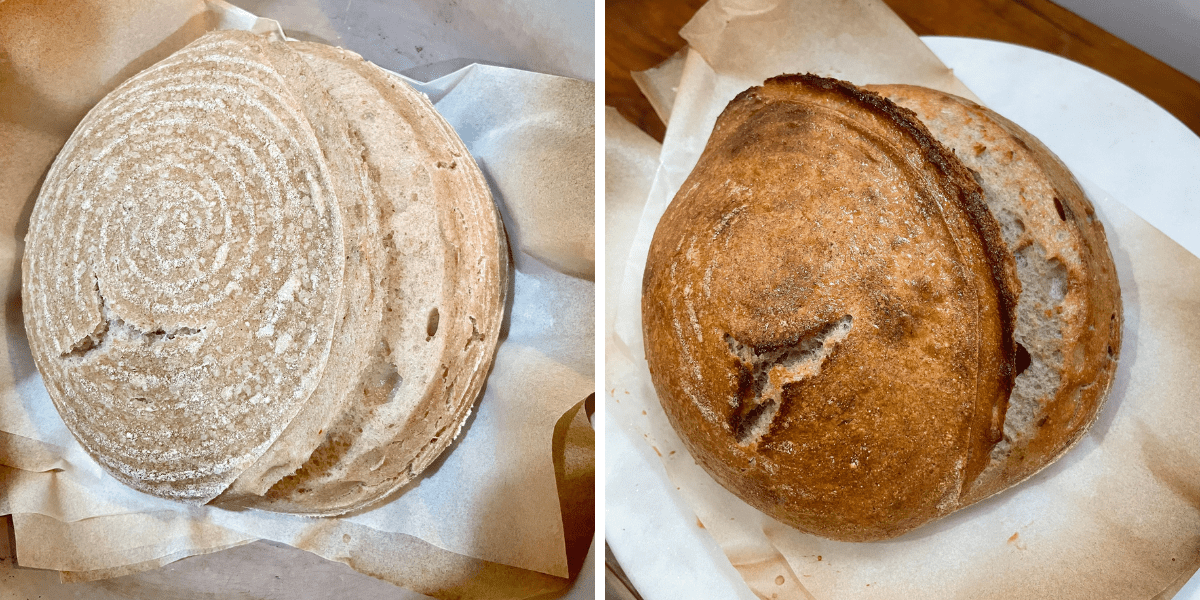 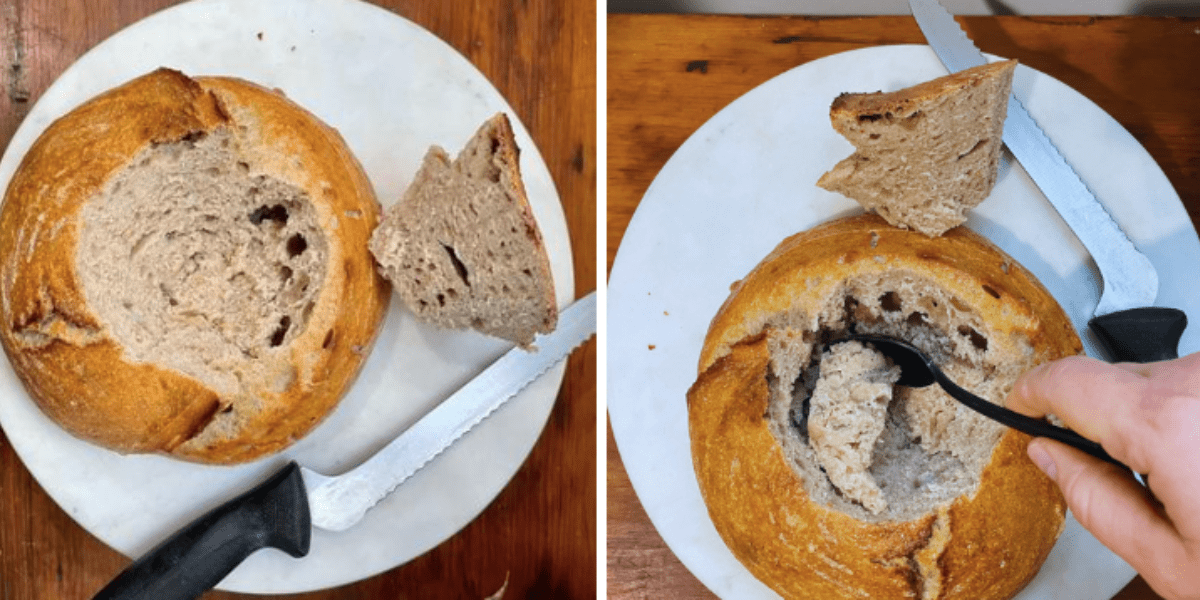 Angle your knife inward to create a cone shape. Use your spoon to remove any unwanted bread.