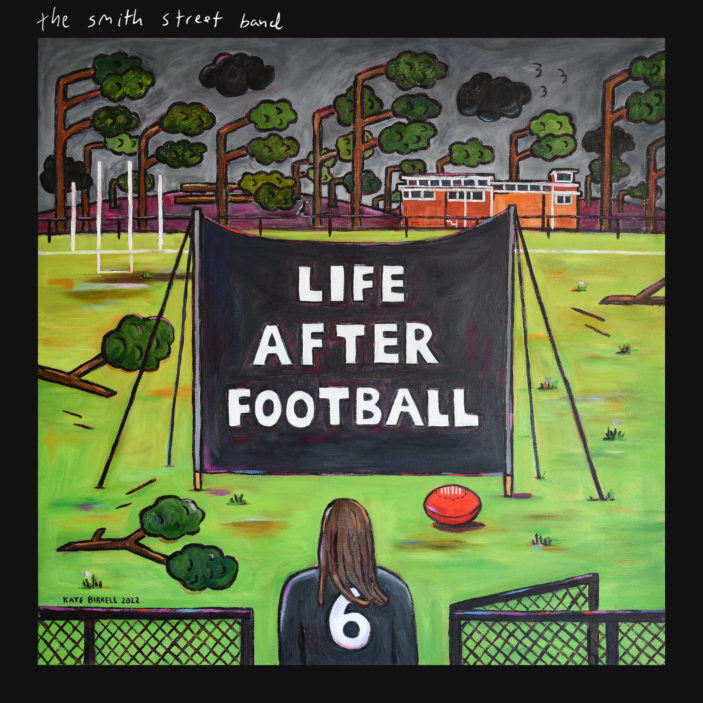 melbourne rockers The Smith Street Gang have shared their sixth studio album today life after football through his own label Pool House Logs. With the singles “I Don’t Wanna Do Nothing Forever,” “Everyone is Lying to You for Money” and the title track, the new record has something for all fans to enjoy.

life after football was written and produced by the band itself, recorded by bassist Michael “Fitzy” Fitzgerald and mixed by Anton Hagop (silver chair, powdered finger, miss higgins) in his home studio in Melbourne. It’s simple and fun but shows maturity, with evolved instrumentation and introspective lyrics. Each song is one you can jump into while still being deeply personal.

The urgent opening “A Conversation with Billy Bragg about the Purpose of Art” is pretty well summed up in the title. With big riffs, fast rhythms, and boisterous vocals, it sounds like the encore of a live set right from the start. Next up is the uptempo track “When I Change My Name” to bring the energy up with anthemic choruses and liberal tambourine. “Everyone is Lying to You for Money” is a rousing account of being on antidepressants while repetitive robot vocals and layered guitars keep you waiting until the last word.

Moving forward, “Dilute” is an upbeat rock song with bright guitars and pounding drums before a slow, melodic bridge. The dynamics of this track make it one of the best deep cuts on the record. The title track “Life After Football” has a long verse that builds up to a sung chorus and then falls into a soulful harmony with gang vocals. Although it is about leading wil wagner being picked up on a football field after a heavy storm damaged his studio, also reflects the album’s underlying themes of loss and unity.

The midway point of the record slows things down with the picky riffs and smooth vocals of “Black T-Shirt,” but he comes back again for “A Conversation with Your Old School Friends About Negative Gearing.” The accessible single “I Don’t Wanna Do Nothing Forever” is a Smith Street traditional and sure to be well received live. Distorted melodies and a frenetic rhythm section bolster impassioned vocals on one of the album’s most memorable tracks.

Later in the track listing, “Elvis” has more intricate guitars with bouncy drums and Wagner’s distinctive voice as he screams. “I am an alien” and again. “Nightmare” is a sad yet hard-hitting song about moving on that will make you dance away your troubles to fervent riffs and manic drumming. Finally, five minutes closer, “I Deserve Love” is the culmination of the album’s themes and sounds, resulting in a beautiful profession of self-care.

life after football it is both personal and communal, bringing people together with its honest and relatable storytelling. Follow The Smith Street Band on Facebook and Instagram for more information.

THREE AND A HALF STARS (OUT OF FIVE)